Honeymoon in Maldives: Our Experience

Since my post about “Honeymooners’ Reunion” and looking through our honeymoon pictures, I realized I never blogged about it. It’s going to be a long post, I’ll try to keep it as short as I can.

Our experience goes back to January 2013, just about 4 1/2 months after our wedding. It really took us a while to decide when and where to go. The only thing we knew, that it must be a beach holiday! The destinations that we had in mind were Seychelles, Mauritius, Bora Bora and Hawaii, but in the end we picked Maldives, based on the fact that it’s not going to be around forever.

We patiently waited a couple of months, simply because it was the best time to go and the least chance of rain. See lonely planet’s guide.

“Maldives is basically dominated by the monsoons. The islands get rainfall from July to August due to southwest monsoon and from November to March due to northeast monsoons.” – Visit Maldives website

Which Resort? Beach Room or Water Villa?
The next important step for us was to pick the resort/island. We researched and read a lot of reviews on Tripadvisor and decided for Olhuveli Beach & Spa Resort for our stay. We booked a beach room instead of a water villa which was an easier choice. We knew a water villa would’ve been lovely if we like to spend more time ‘indoors’ but as with our photography, we were mostly walking around taking millions of pictures. Hey, it’s probably a once in a lifetime experience, so might as well capture everything while you’re there. It was suggested by some of the reviewers to get a water villa upgrade for the last few days of our 2 week stay, which we tried but all villas were fully booked by then.

Flight & Transfer
Our flight from Stansted to Malé was delayed by about 14 hours and so we happen to lose a day and spent a night at the airport’s horrible hotel. It wasn’t a good start and the 10 hours flight with Thomson Airline wasn’t great either (NOT recommended!). Having paid so much already for this luxury holiday, the least they could offer were free drinks, but no you gotta pay for them!

The transfer from Malé airport to our resort was 45 minutes by speedboat (seaplane wasn’t an option). It went by quick and every time we passed an island we’d be like “Ooh, is that ours?”

The Resort
After arriving at Olhuveli a day later we’ve already forgotten the previous night because WE WERE IN PARADISE! Our room was a short walk from the dock. It was beach-fronted on both sides (whoop!), clean and quite spacious, though you don’t really need it big to sleep in and get changed.

We usually had breakfast and dinner at one of their three restaurants,  another for lunch and the third for when you fancy something other yummy buffet. They had two bars and we usually went to the one closest to us.

The Weather
It was just perfect, about 30-32°C during the day and 25°C at night. Superhot when you’re in the sun but cool in the shades. It’s not humid therefore doesn’t make you disgustingly sticky. Out of the 14 nights we were there, it only rained once for a very short time. Water temperature was just right, cooling but not too cold :D

Resort Promotion Video & Excursion Experience
Video, what?! Yep, we were and asked to model in the resort’s promotional video. The videographer couple that the resort hired from Newlyn were Ron and Jean, a lovely team we got to know during our stay. They did an amazing job and even sent us a copy of the video and also behind the scene footage. By filming this video, we got to experience a half day excursion on a deserted island, with massage, lunch, afternoon champagne and relaxed sunbathing.

Things To Do
I seriously thought we’d get bored being stuck on an island in the middle of nowhere for 2 weeks but I didn’t even get to open the book I brought to kill boredom. Sunbathing was such hard work and I became really tanned on the third day already. So instead we took a lot of walks on the beach or swam in the sea, which was much more fun than laying around doing nothing ;)

Other than walks and swimming; the resort offered a number of activities like water sports, cruises, snorkeling/diving, fishing and more. There’s also a spa with amazing massages and treatments. So there were plenty of things to do.

Do This Again?
Hell yeah!!! We’d love to explore Malé and visit other islands too. If only one can afford such holidays more often…sigh… I’d highly recommend Maldives if you love white sand and turquoise water.

Lastly, here are a few pictures from our trip. We took 1000s of them which made it difficult to pick and show you but enjoy! 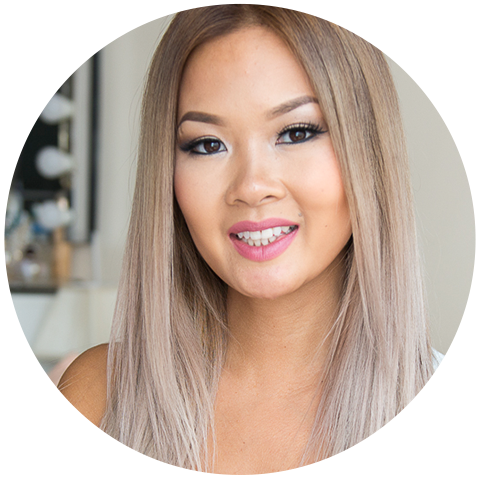 In case we haven't met before, I'm Melyssa, a Blogger & Youtuber living in London. My goal is to share easy DIY hair tutorials, fashion finds, my adventures...

This error message is only visible to WordPress admins

Please go to the Instagram Feed settings page to create a feed.